As part of Verif-y’s ongoing efforts to educate organizations and individuals about digital identity, we thought it might be useful to dedicate a post to the current challenges related to the protection of Personally Identifiable Information (PII), as well as provide suggestions on potential mitigation strategies.

Although I am not a lawyer nor a constitutional scholar, I still find this lack of attention odd, especially in the case of a country who espouses the constitutional rights of its citizens. In fact, the United States ranks in the middle of the global pack for privacy protections. According to the United Nations Conference on Trade and Development 66% of the 194 member countries have adopted some form of privacy related legislation for their citizens. 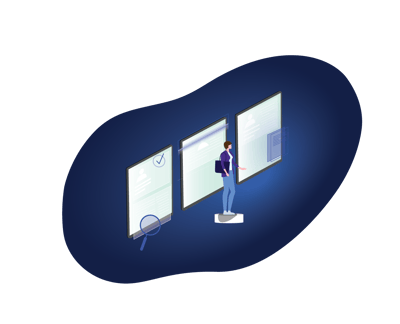 Adding to the complexity of the challenges faced by citizens of the United States, privacy protections can differ greatly based on state of residence, with citizens of California and Virginia benefiting from the strongest legal protections. Mississippi and Utah both tried, and failed, to pass privacy specific laws while the rest of the states consist of a mixed bag of legislation, both proposed and in process. Currently, there are limited privacy protections in place at a Federal level (e.g. Health Insurance Portability and Accountability Act [HIPAA]) however a single, overarching Federal privacy standard, such as the Global Data Privacy Requirement (GDPR) for citizens of the European Union, does not exist for all citizens of the United States of America.

The final piece de resistance is the age and condition of most state and federal government technology platforms, the use of which was never originally intended for mobile applications. This presents an obstacle that will be further amplified by 5G networks that will potentially transmit and share even more personal information via the Internet of Things (IoT) devices. This challenge is especially salient for government institutions that continue to manage their constituent’s data on mainframe-based platforms or, as a work around, have uploaded their mainframe data to a cloud solution. This is the behavioral equivalent of moving out of your apartment because it’s full of stuff, and renting another apartment to fill with the same stuff.

The pandemic has exposed these systems to further challenges

Ironically, investing billions of dollars and adding layers of technology to these aging technologies has actually increased Federal and State government’s risk and vulnerability for security breaches and data loss. In some cases, this issue is exacerbated due to the multitude of work-arounds required to make these aging systems more mobile and user friendly. The pandemic has exposed these systems to further challenges with maintaining the confidentiality, availability, and integrity of personal data security. See Solarwinds, Microsoft, election/voter interference, etc. for further support of this position.

Rather than continuing to dedicate time and resources to shoring up aging technology, a novel approach would be to challenge the notion that technology is infinitely saleable. An architect would never build a 30-story building using an existing foundation for a 3-story building. That effort would require extensive re-engineering and most likely a completely new foundation on which to build the new structure. Why should technology be any different?

Verif-y utilizes a patented, machine learning and blockchain based process to secure data in a manner that meets or exceeds current regulatory requirements such as the Global Data Privacy Requirement (GDPR), Personal Information Protection Act (PIPA), California Consumer Privacy Act (CCPA) and other regulatory requirements governing the use of personally identifiable information. If your organization is currently overwhelmed with options for addressing these types of requirements, consider Verif-y as a simple, safe alternative to large scale, resource intensive efforts to meet compliance requirements. This approach empowers entities with the ability to offer a completely unique technology in order to shift privacy related data over to a platform that is equipped to scale with growth while meeting or exceeding global privacy requirements.

Ready to make the change?

Why Identity Verification is the Future of Remote Onboarding

Many have referred to 2021 as the year of the ‘great resignation’. Talented and skilled professionals have been transitioning out of roles and into new ones, seeking a...

Verif-y and its CEO are proud to be featured in the Enterprise Viewpoint Magazine in December 2020, as part of their prestigious publication.